Win, lose, or draw, I live in the moment and take on every day with discipline, passion, and the courage to push
myself to unknown limits. Champion, leader, all star, hall of famer; there are many titles I am striving for
in my career as a professional Strongman. But, the most important one will always be difference maker 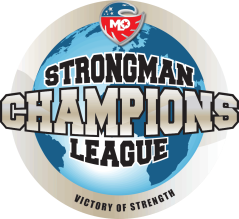 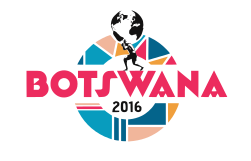 What is competitive Strongman?

Competitive Strongman is one of the most popular strength (weightlifting) based sports. Strongman athletes strive to be, and probably also are, the Strongest People on Earth. Through different strength based disciplines, their sole goal is to lift as much weight as possible (for as many reps as possible). You might have heard of exercises such as atlas stone lifts, Axle press, deadlifts, farmers walks, Hercules holds, tire flips and yes, even truck pulls and car lifts.

Work hard until your idols become your rivals!

I was just a child when I first dreamt of becoming a professional Strongman. Ever determined and never willing to give up on the dream and sport I loved, I sacrificed much, enduring times of challenge and hardship, in order to reach the pinnacle of the athletic world.

Although Matjaž is one of the youngest professional Strongman athletes in the field, his age is no barrier; in 2017 he won Arnold Strongman Classic Europe and became Strongman Champions League World Champion. He’s also a World Record holder in giant dumbbell (102,5 kg: 9 reps / 60 sec).

Since his mentor, former Strongest Slovenian Gregor Stegnar, inspired him to try Strongman in 2012, Matjaž’s most important goal was to work hard until his idols became his rivals. And they did, in 2015 when he earned his pro card and officially became a professional Strongman athlete. In 2018 he will be “attacking” one of the most prestigious titles in the Strongman's sport.

I want to sincerely thank all of my sponsors and official partners.

Their generosity allows me to train using the best equipment and with the top professionals, that way I can focus my efforts on improving my athletic performance. Please take a moment to learn about my valued sponsors below.

Want to become a partner? Contact us today and join the game.